How To Move Past Competency Models

Companies have been using competency models for decades to define the skills, knowledge and abilities that are necessary to be successful in a certain job or organisation.

Companies have been using competency models for decades to define the skills, knowledge and abilities that are necessary to be successful in a certain job or organisation. Basically, these models are then used by managers to rate their employees on a set of competencies and to use these scores as a basis for compensation & benefits. But, how can you possibly rate employees on only a couple of skills?

The main problems with competency models are threefold:

Should all competency models be thrown in the trash straight away?

It depends. Are the roles in your company quite predictable and are employees easily replaced? Then you can still use competency models. However, nowadays the majority of companies are very volatile and in these companies different skills and competencies are required from the employees. Here, competency models are not reliable as a basis for promotions, compensation…

Even in the most volatile companies, competency models can come in handy for inspirational coaching, hiring or job matching. However, they should only be used as a guidance, not more than that. For example, during a coaching session competency models can bring structure into the conversation and turn managers into more effective coaches. The different competencies can be talked about and objectives can be set on the basis of these models. 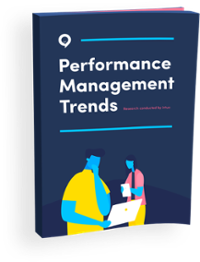 What should HR focus on?

What is next for the HR department

Join 31000+ HR specialists, managers and CEOs for monthly inspiration. We send you our best and most-read content pieces. From blogs to white papers, DIY pieces and question sets.