Interview: How Airbnb Redefined its HR

Airbnb grew from 650 employees to 4000 in 4 years. We wanted to find out how the organisation dealt with such a significant employee increase and how such a booming organisation redefined its HR.

Airbnb grew from 650 employees to 4000 in 4 years. They host more than 250 million nights every year, and it's pretty much impossible to find someone who hasn't used Airbnb yet. We wanted to find out how the organisation dealt with such a significant employee increase and how such a booming organisation redefined its HR.

Mark Levy was head of employee experience at Airbnb for 4 years. He shifted the organisation's HR to Employee Experience.

Last 4 years, there was a significant shift in HR. When I got to Airbnb, there were 4 people in talent, 25 in recruiting and a bunch of people who were touching the employee but reporting to other people.

Two main things I see as a shift in HR relative to this move towards employee experience is:

Mark Levy will be speaking at our Talent Enablement Conference 25 October! Get your tickets below! 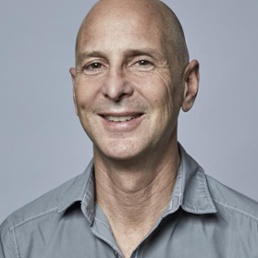 The unique thing that Airbnb does is that there are 2 types of interviews: technical function interviews that are done by the manager, team and colleagues someone would work with. Separately there are core value interviews that are done by people outside the function. They don't see the cv of the person and they don't even know what job these people are interviewing for since it doesn't really matter. These interviews want to know if someone is joining for the right reason. At Airbnb that would be: Do they want to create a world where anyone could belong anywhere? Do they want to create local and authentic travel experience? If they just want to make a lot of money or they think it's a cool place to work, they will be screened right out.

The important decisions are being made through the lens of the missions and values.

Any company you talk to says they want to pay for performance. In reality, I think what you have is different companies defining what that looks like. To some extent, it's been made even more challenging because a lot of companies are doing away with performance ratings.

You have to be careful how you identify pay, you have to be able to justify it.  More recently there is more attention to how to pay in a way that's unbiased, weather it's gender or race based because there's been a lot of challenges and it's been very unfair how underestimated people have been payed. This has to be considered in any pay practice.

This is an extract from the official interview with Mark Levy. Watch the full interview here:

Do you want to know more on Employee Experience? Come to our Talent Enablement Conference!

How To Build A Strong Employer Brand

Join 31000+ HR specialists, managers and CEOs for monthly inspiration. We send you our best and most-read content pieces. From blogs to white papers, DIY pieces and question sets.